To kick off the New Year, this January we took the Anthemis #hackingfinance Breakfast series to America’s West Coast. The first installment was held in San Francisco, the second in Los Angeles.

In San Francisco, Tom Ryan, Partner and Head of Anthemis Americas, led a conversation focused on the new frontiers of insurance. Featured panelists included kWh Analytics’ Richard Matsui, Trov’s Neil Sands and Aaron Moser of Automatic. The discussion explored emerging topics within solar, data, the consumer and other broad themes related to the future of the insurance industry.

The following day, in Los Angeles, Anthemis Founder and President Amy Nauiokas hosted a discussion which looked at investment trends and predictions for 2017 with American Banker’s Mary Wisniewski and Payoff’s Scott Saunders. Hot topics included disruption, collaboration between startups and incumbents, and diversity in financial services and beyond. 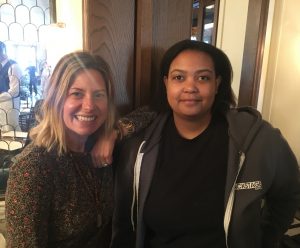 Both breakfasts were livestreamed, and are available below.