What if we could design a truly modern city with the character of a Medieval hill town? If technology is becoming more and more invisible, can we make cities look far less technological too?

After a long summer hiatus, we hosted a new instalment of the Anthemis Breakfast series in London. Leading the discussion was Anthemis Partner, David Galbraith, as he unpacked his theory of flows and of a new approach to city design – one based on recipes instead of rigid design.

The choice of topic this time was prompted by a successful essay David had written in July, one that caught the imagination of the Artificial Intelligence (AI) community and the attention of a number of tech luminaries, including former Google CEO Eric Schmidt. 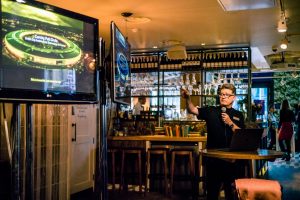 Using examples from medieval hill towns, David illustrated how the city of the future may be created using recipes rather than blueprints, but importantly recipes that are sat on top of the fundamental changes that are going on in four major flows: transportation, information, energy and capital.

Following the example of the change in ownership of communication of information, from centralized to something more democratic, David talked through how the same changes were occurring in energy, transportation and capital as well.

For all of these, David explained, democratization comes about only through changes in flows and the development of the network, not through any decentralization of the source. In the case of energy, this may mean the electric car and the potential for car-to-home feed-in.

For people and things, the most impactful of all the flows, self-driving cars would be the change catalyst. This only happens if cars can get rid of the steering wheel. 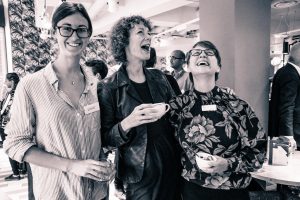 David closed the discussion by tackling the flow of capital. He talked through two of the most important trends evident in the financial technology landscape. The first is an industry upgrade, namely the “giant, unhackable, clockwork network” of blockchain and smart contracts. The second is the transition from structured data and unstructured processing, to the age of Machine Learning (ML) wherein the data is unstructured and the processing is the structured aspect. The place to look for “Fintech 2.0” is in these two: Deterministic Transactions and Statistical Risk.

So what does a world with all these new flow dynamics look like? The secret, David says, lies in recipes. Much as how you don’t lay out the co-ordinates to the raisins in a fruitcake, cities of the future should also give up on co-ordinates. 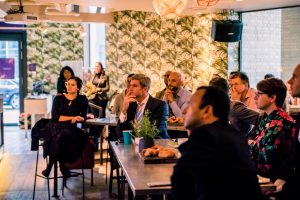 What then are the recipes in finance? David has a few:

Throughout his presentation David painted a picture of a bright, nature-inspired future. One in which smart cities can make lives better and not just house people. Smart cities that are decorative and meaningful, with less visible infrastructure and where new financial services are the foundation.

For more information on Anthemis Breakfasts, reach out to our Ecosystem team.